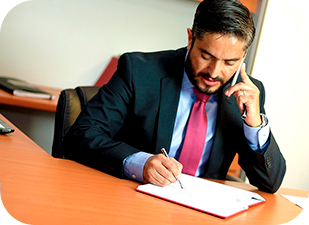 In 2012 law #9024 named ‘Impuesto a las Personas Juridicas” or “Tax on Corporations” came into effect. It was an annual tax on all corporations registered at National Registry based on the Code of Commerce such as SAs and LLCs plus all of those branches of foreigner corporations that obtained a corporate ID number for their Costa Rican divisions. It was in effect until 2015. It contained provisions allowing National Registry to dissolve those companies that did not pay the tax for three periods in a row. During 2017 the Registro Nacional dissolved approximate 266,000 corporations for non-payment.

On September 1st, same law returned under number #9428 with a few changes such as: a. The tax now is to be collected by the Ministry of Taxes (Hacienda) and b. The annual tax for inactive companies was reduced from close to US $185 to around $120. However, the same consequence of dissolving all those corporations that reach 3 years in a row not paying the tax remains the same. This means all those entities that have not paid the tax during 2017, 2018 and 2019 could get dissolved anytime during 2020- It depends on the policies of the current government.

For those corporations that were dissolved but that did not have any type of assets there is really no major concern. In reality it can be seen as an advantage if the dissolution was applied. The problem is real for corporations that had registered assets such as real estate property, cars or credits in favor. When the company is dissolved, the appointment of the legal representative and any other proxies disappears. In addition, the Real Estate Property Department or Real Estate Registry proceeds to impose a lien on the registered assets as a guarantee of payment.

What can be done then? The answer is to apply a final Liquidation Process of the affected corporation. This basically requires an unanimous agreement of the stockholders, proceeding to appoint a Liquidator, who would be similar to the Executor within a probate process. The appointment of the Liquidator requires to be registered before the Registry of Corporations, being the person in charge of legal representation temporarily. It is also necessary to make a publication in the official newspaper granting 15 days to potential stakeholders to appear defending any rights.

Once the term of the publication passes, and the outstanding debts have been paid including pending taxes-, the way of distributing the assets gets approved, either by transferring them in the personal name of the stockholders or to a third party that would be a buyer for example. The documents are sent to the Real Estate Registry with the respective payment of transfer taxes according to the fiscal value of selling price. Once there the lien imposed is deleted and the change is recorded. In this way the assets are transferred and are already free of problems.

Normally, a liquidation process requires a judicial process in front of a Civil Court whose duration can exceed one year. However, shareholders may choose to hire a Notary – Lawyer who can replace the Judge duties, reducing the duration of the period to about three or four months. The main requirements to opt for this option is that all the shareholders are of legal age, have no mental disabilities and that everyone agrees to go in same direction. So, for those who face this situation it is important that they know that there is a way to get things back in order.

About the Author: Allan Garro was incorporated as a lawyer and public notary in 1996. He specializes in Litigation, Corporate, and Real Estate Law. He has also acted as an external legal consultant to Congress. He has been the author of more than 100 published English