Costa Rica is Looking to Attract Film and Movie Producers 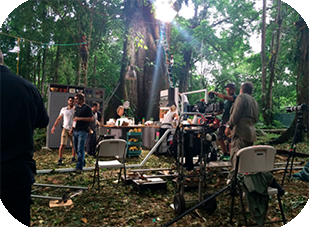 On December 13th, 2021, Law number 10,071 came into effect, called LAW OF ATTRACTION OF FILM INVESTMENTS IN COSTA RICA. In this way, Congress declares of Public Interest the attraction of investments from the international film industry, its promotion and the generation of productive chains. What is really strange is that there were no advertising campaigns or generalized information on the approval of this new regulation, which would be the ideal way to spread its existence.

The purpose of this law is to promote investment and development of international film productions, co-productions and activities in Costa Rica, as a source of economic generation, productive chains, creation of enterprises and hiring of Costa Rican human talent, including a significant impact on the tourist and commercial sectors, for which a number of incentives contained will be granted. Those activities must be carried out totally or partially in Costa Rica.

The filmic activities considered for the benefits of this law are those of the entertainment industry, aimed at a wide international market, such as the following: a) Short, medium and long-length films. b) Documentaries, series and novels (Similar to the Award winning novel produced by The Star “Crazy Jungle Love”. c) Reality TV shows, audiovisual marketing pieces, commercials and video clips. d) Serial programs or their chapters. e) Post-production services. f) Drawing, digital animation and videogames. Each film project must be structured and executed for specific periods.

The list of incentives is as follows:
a) Producers will be exempt from income tax on dependent or independent personal work and from withholdings for remittances abroad from foreign personnel for payments to actors, actresses, directors, producers, technical personnel and all those necessary for the development of the project, provided that said payments are not made with funds from a Costa Rican source.
b) Temporary importation of equipment and spare parts for film and audiovisual production to the territory with suspension of all import taxes, as well as exempt from guarantee deposit. Said merchandise must be clearly identified and must be definitively re-exported or imported, within a maximum period of fifteen days from the end of the period granted by Procomer to the film or audiovisual project. Through regulations approved by the Customs Directorate, the abbreviated procedure to carry out these imports will be established.
c) Exemption from all taxes, levies, fees or contributions to imports that fall on tools, clothing, makeup, scenery and technical material that are required to carry out the project. Likewise, the people in charge of entering materials, equipment or clothing for the project will be provided with the entry of the corresponding luggage, without paying taxes or other charges.
d) When the producers make purchases of goods and services in Costa Rica directly related to the project, which exceed an amount of US $ 500,00 (five hundred thousand dollars), they will be granted a refund of ninety percent (90%) of the amount total value added tax that they have paid on these. The remaining ten percent (10%) will be allocated to the Fund for Audiovisual and Cinematographic Development run by the Costa Rican Center for Cinematographic Production of the Ministry of Culture and Youth.
e) Migratory advantages. The General Directorate of Migration and Immigration will grant, within a maximum period of twenty business days from the recommendation of the Costa Rican Foreign Trade Promoter (Procomer), the temporary work visa and / or immigration permit to foreigners who are required for the development or execution of the projects subject to this law.

It is also established that the Government and its institutions will facilitate the permits for the access and filming of the projects in areas or locations that are under their administration, whenever this is feasible, for which the respective authority will determine the measures or limitations deemed necessary. In the case of natural areas, in addition, the corresponding entity will provide the permits, establishing the protocols, limitations and exceptions necessary to ensure the protection of the environment.

Well apparently, this is a step forward in the right direction, considering the constant growth that film activities show internationally, now driven by the use of digital platforms available for a global market. We hope that the Government will make a good investment in informational and advertising campaigns to make Costa Rica known as a destination with real incentives to attract the film entertainment industry

About the Author:Allan Garro was incorporated as a lawyer and public notary in 1996. He specializes in Litigation, Corporate, and Real Estate Law. He has also acted as an external legal consultant to Congress. He has been the author of more than 100 published English Language articles and can be reached at allan@garrolaw.com