What is FOMO When Buying Property in Costa Rica? 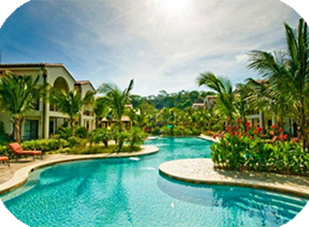 What is FOMO? According to the popular website Wikipedia, Fear of missing out is the feeling of apprehension that one is either not in the know or missing out on information, experiences, or life decisions that could make one’s life better. FOMO is also associated with a fear of regret, which may lead to concerns that one might miss an opportunity for a memorable event, or a profitable investment. It can be described as the fear that deciding not to participate is the wrong choice.

This phenomenon caused supermarkets to run out of toilet paper at the beginning of the pandemic caused by Covid in many countries. Simply at some point some people believed that it was essential to have this product to combat the virus and thus a multiplier effect was caused when it began to appear on the news that people were running to look for toilet paper. The same thing happened when cryptocurrencies began to be talked about and many people invested money without knowing anything about that currency.

Some clever “developers” take advantage of this type of phenomenon to try to generate a similar effect in the field of real estate developments, and in a very well-organized way they end up scamming and stealing the hard-earned money of some expats who come to Costa Rica with the desire to buy real estate. Here we are going to analyze three specific cases of how the “fear of missing out” has made it possible for some smart crooks to take advantage.
Project in Central Pacific.
A sizable property was purchased in the vicinity of a popular beach between the Central Pacific and the South Pacific by “developers” in the United States. Luxurious entrances were built into the project, actually that’s all that was ever built. The developer organized charter trips everything paid for, with the only requirement being a US$25,000 refundable deposit. They were then taken to the location where they were shown the beautiful views and master plans with introductory prices starting at $25,000 per lot.

This way, a feeling of being able to access a great future investment at a bargain price was generated. Next, many interested parties proceeded to deposit US$25,000 for each lot. What the developer did was to use many shelf corporations that were sent to the buyers by mail, indicating that was the title of the purchased lot. The truth is that only 50% or less of the corporations received the property title, and the others were nothing more than empty shells. So, by this method the seller was able to obtain twice the price of each lot.

The developer subsequently abandoned the project without building the required infrastructure, and the buyers began to discover the truth, especially when they realized that some squatters had invaded a part of the project. Those who did receive the titles had to find a way to locate the many lots full of large amounts of weeds, fence them and try to protect them. The others had to initiate legal actions that, in the end, did not have any positive results. And thus, this fraud was produced.

Project in the south mountains of San Jose.
This area has beautiful mountains, which easily connects to popular beach areas like Uvita, Dominical and Quepos. The property was not purchased by the foreigner developer paying the full sale price, but rather through financing using a Trust. However, the developer did take possession of the land. In a small portion he developed a kind of “Resort” with all kinds of comforts and luxuries. Next move was to promote and organize abroad “couples’ romantic trips” to stay in the place and enjoy.

While staying, couples were shown plans and models of what would be a beautiful future project and convinced to spend amounts starting US $200,000 to get a charming little house. They were also indicated that there was the option of renting the houses generating an income, with a return on investment in the medium term. What happened next was that the developer didn’t build anything, didn’t pay the credit either and disappeared. The lands were repossessed by the creditor.

Project in Guanacaste.
A group of foreigners acquired land with spectacular views of the Pacific Ocean with a project that was given a lot of publicity both in Europe and North America, presenting it as a first world project. The sale of land and the construction of houses with average prices of US$1 million or more were offered. In fact, a model house was built, and then the construction of houses paid for by some buyers began.

Most buyers were advised to use the same attorneys as the developer group, so due diligence was minimal or non-existent. In the project, other divisions were created with other future projects, where multiple buyers paid in full the sale price of the lots, which had starting prices of more than USD$200,000. This presented a great attraction in an area in which the value of the land is normally higher than those prices due to the great beauty of the place.

Although some of the buyers received the property title and their house built, the developer group never installed the required infrastructure, leaving the project without roads, aqueducts, sidewalks, walls, and entrances. And those who bought only lots later found out that the subdivisions were never carried out and the property was full of liens and even mortgages in favor of other creditors. They were basically sending money to buy land that already had legal problems.

All the examples presented above have elements in common such as a. The feeling of dealing with a developer from a first world country that presented a façade that appeared to have high economic power, b. The location of the projects in areas of great beauty and where there is a high demand for real estate, c. The possibility of buying at “presale prices” and the fear of not taking the opportunity at the right time, d. Trusting the developer without hiring an independent attorney to perform proper due diligence before to buy.

In Costa Rica, the Consumer Defense Act establishes in article 44 that this type of development must be previously registered with the Ministry of Economy, for which they must meet a series of requirements, including demonstrating the financial strength of the developer, the development plans pre-approved by the competent authorities and the way in which the funds received will be managed. In none of the aforementioned cases did the developer register with said Ministry.

It is best to be a cautious Buyer and not be swayed by what seems like a great future opportunity, or the fact that there are many more buyers. It is not recommended to use the same lawyers from the developer, but to look for one separately. Also make sure to obtain the property title information and verify that the developer is registered with the Ministry of Economy. Don’t risk losing your hard-earned money