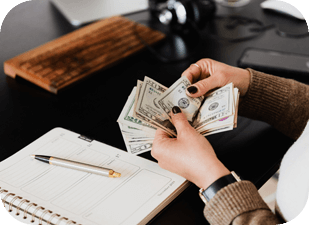 Covid 19 seems to be the most popular phrase of 2020 in Costa Rica and the entire world. This virus appeared as an unwanted host, destroying plans for education, health, jobs, and economic growth around the world. In Costa Rica, the impact has been very severe. Even before receiving this “new guest” the economy was showing signs of “pneumonia.” aswell as taking into consideration that during 2019 new taxes such as VAT (13% IVA) and capital gains were approved.

The route that the country has followed in recent months has been to borrow more money, renegotiate foreign debts and talk about “new taxes” although this is a contradiction. However, some Lawmakers have explored other possibilities, finding that there is a potential source of income by attracting foreigners with the profile of “investors” and “pensioners”. A few decades ago, the country had laws that granted exemptions and incentives to these types of people, but over the years they were eliminated.

On September 9, 2020, a bill called “Law to Attract Investors, Rentiers and Pensioners” appeared in the official newspaper La Gaceta. It intends to create new provisions to attract people from other countries interested on investing and or living in the country. The first change to be introduced is to lower the investment amount required to obtain “residency” status as an investor. The current amount established by current Migration Regulations represents US $200,000 as per Immigration Help Costa Rica’s website under “who qualifies”.

The list of incentives offered by this bill is as follows:

1. One-time duty free and all import taxes to import household items, which includes furniture, appliances, decorative items, kitchen utensils, bathroom, and bedding.
2. Importing a vehicle for personal or family use free of import and sales taxes, which may be sold or transferred to third parties after three years of entering the country. In case of loss of said vehicle due to theft, collision or accident before three years have elapsed, the beneficiaries may import another vehicle in the same conditions described above.
3. The amounts reported as income to obtain tax exemption benefits will be exempt from any income tax.
4. Exoneration of twenty percent on transfer taxes on Real Estate Property that the beneficiaries acquire in personal name. If the beneficiary transfers said property within a period of less than three years, he or she must refund the difference in the exempted tax.

Regarding the category of Investor Resident, it is established that the investment range will now drop to the sum of US $150,000. Such investment can be in Real Estate or other registrable assets – like vehicles, boats, aircrafts-, capital stock, securities and productive projects or projects of national interest. In other cases where the investment is regulated by special laws, each case will be analyzed individually.

Finally, it is provided that this investment window will be in effect for five years. Perhaps as a way to try getting as much as possible potential interested persons on coming to the country as fast as possible. It now remains to be seen if this project will obtain the required support before Congress to become an “official Law”. It’s publication shows that at least one group of Congressmen is interested in supporting it.

We hope it will get approved soon!

If your in need of immigration assistance in Costa Rica Laura Gutierrez can be reached by clicking here, toll free at 1-833-733-6337 or by sending a email to info@immigrationhelpcr.com.