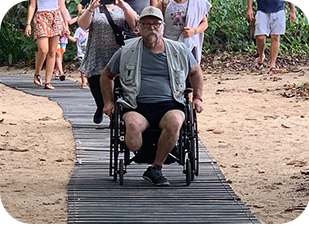 In a previous article we wrote about a new regulation that took effect during September 2019. Basically, every type of corporation in Costa Rica is enforced to disclose who are the stockholders to Central Bank of Costa Rica. This will take place between September 2019 and January 2020, depending on the last ID number on the “cédula juridica”. If the owner of the stock on a corporation are other corporations, the owners of those other corporations must be identified until they reach final individuals.

One main question that arises with said regulation is: How will this impact the properties located on beach areas ruled by the Law on Maritime Terrestrial Zone? Maritime Terrestrial Zone is defined as all the beach front properties in the country with a “concession” or “lease contract” granted to a corporation. The difference between concession or lease depends if the local municipality has an approved regulator plan or not. If the local Municipality has a regulator plan concession can be granted. If not, a lease applies.

The Maritime Zone consists of a strip of two hundred meters wide measured from the high tide line as well as the islands, islets and sea cliffs. This zone in turn is divided into: A) Public Zone, consisting of a strip fifty meters wide from the high tide line, and B) Restricted Area, consisting on the remaining one hundred fifty meters after the Public Zone. This would become the area which belongs to the Government but can be given in concession to private parties. Most hotels located beachfront operate in this area within the law.

The above-mentioned law establishes that Concessions cannot be granted to corporations where foreigners own more than 50% of the capital stock. This means, supposedly on every single concession or lease on a beach front property granted to a corporation, a Costa Rican owns at least 50% of the stock. For decades, there has been different ways to “play” with this restriction using different and creative paths designed by lawyers and other advisors in order to skip the problem and solve the situation.

Most popular structures in Costa Rica are the Sociedad Anónima or SA, and the Limitada or Limited Liability Corporation. Both have a set of legal books where the two most important are called Asamblea de Socios or Stockholders Minutes, and Registro de Socios or

Stockholders Records. On this last one is where all of the current stockholders are recorded. Also, on such a book is where you will usually see any transfer of stock which has been recorded. Being a private record book always granted a chance to play with the regulations.

One of the usual practices was to create an entry according to which 50% of the capital stock was transferred to a Costa Rican, in order to produce a certification to be presented to the Concessions Department of the local Municipality to meet the requirement. And almost immediately, said capital stock was ceded back, so that in reality 100% is owned by a foreign person or company. Another method used is to transfer in trust 50% of the share capital to a Costa Rican or legal firm in the country.

Returning to the underlying issue: What will these corporations do now when informing who their shareholders are? Although the information sent to the Central Bank will not be accessible to the public, it will be accessible to the Tax, Judicial and Public Security authorities that work in the prevention of tax fraud, money laundering and drug trafficking. What will happen if a Costa Rican without reported income or with low income appears as owner of shares in a corporation that owns a hotel or house on the beach with a concession?

It seems that some corporations will face the dilemma: make a correct report informing that the capital stock belongs to foreigners, or make a report based on “the books” showing some Costa Rican as owner of 50% when the reality is different. In both cases there may be severe consequences: losing the Concession / Lease or face future investigations by the authorities. Although at the beginning the Municipalities will not have access to the information sent to the Central Bank, it is not known if this may change in the future.

Following the line of thinking of “doing the right thing”, in an eventual future case in which some Municipality intends to cancel the Concession / Lease of a company that owns a property located beachfront because its capital stock belongs exclusively to foreigners, it is a possibility presenting an action before the Constitutional Court challenging article 47 of the Maritime Terrestrial Zone, for which there is already a precedent that can be very important and useful.

In the 90s the “beeper” service was as important and popular as the cell phone is today. This service could only be provided with a Concession from the Government, which could only be granted to Costa Rican citizens or to corporations in which at least 65% of the shares were owned by Costa Ricans. All in accordance with article 3 of Law 1758 as well as article 7 of Presidential Decree number 63. In 1998, a Costa Rican filed a constitutional action against those restrictions, and succeeded.

The Costa Rican person was 65% owner of the capital stock on a corporation that held a Concession to provide pager services. A Mexican corporation was the owner of the remaining 35%. Said corporation offered to buy the 65% to the tico person in order to acquire full control. However, the Authorities in charge will not approve such stock transfer based on the current regulations. As mentioned, those regulations were challenged through a Constitutional Case named Acción de Inconstitucionalidad.

On June 1, 1999, the Constitutional Court accepted the action and granted the right to an opinion to the Government Attorney. His response was that Wireless Services belonged exclusively to the State by provision of the Constitution. It was also claimed that the rationale for this restriction was an aspect of national security and that such services in general served as tools for the formation of public opinion, so there was a public interest in avoiding undue influence of foreign groups in those services.

On August 29, 2001, the Court issued Decree #2001- 3060, granting the Rights claimed by Plaintiff, annulling the restrictions that prevented foreigners from having all the shares in a corporation that owned a Wireless Services Concession. The reasons given were the following:

In my personal opinion what is currently happening with the Concessions located on the beach seems exactly the same as with the described background. A Concession located in the Maritime Terrestrial Zone consists of a right to use and exploit an asset that continues belonging to the State, which could at any time – after fair compensation and for justified reasons – revoke the Concession and exercise its control over any beach area. Therefore, the existence of such restriction seems discriminatory and contrary to the Constitution.