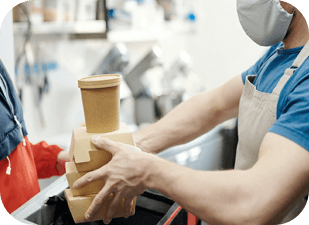 The current health crisis has brought many changes in the life, economy, and routine of people, both in Costa Rica and around the world. It has also brought legal changes ranging from driving restrictions on certain days and hours of the week to the banning/limiting operation for bars, hotels, theaters and event centers, among many others. The Government and Congress have taken actions, some where they are clearly trying to help, others where they punish corporations and other changes which are  somewhat confusing if they are actually helping or not.

At the end of May 2020, Law 9848 called “Law to Support the Local Taxpayer for the Covid-19 Pandemic” took effect. Basically, it introduced a series of tools so that local municipalities can help businesses located in their jurisdiction with respect to payments for commercial licenses and other municipal taxes and services. The first is an authorization to grant a 50% reduction in the rental price on existing premises in municipal markets until December 2020.

The second tool is an authorization for the Municipalities to grant payment arrangements so taxpayers can pay the outstanding amounts for municipal services, property taxes and concession fees (land-sea zone), giving them up to 24 months to pay. The third tool is the possibility of granting a moratorium on the current payment of municipal services, property taxes and concession fees (maritime-land zone) for up to nine months. To be able to apply for said benefit, the taxpayer must demonstrate that he/she has been dismissed, or working hours have been reduced, or that the income in their monthly VAT declarations has reduced more than 20%, in case of commercial businesses.

The fourth and last tool is that the Municipalities can grant a moratorium on the payment of commercial licenses or PATENTES, as well as on the tax on the sale of alcoholic beverages under a Class B License, for up to nine months starting March 16, 2020. In order to qualify for this benefit, the taxpayer must be up to date in the payment of taxes due before March 16. Also they will need to prove that the business was closed or income was reduced more than 20%, through affidavit, document issued by a CPA, closing order or last three VAT declarations.

The other regulation approved in March 2020 is called the “Covid-19 Tax Relief Law”. It establishes the possibility that during the months of April, May and June 2020, taxpayers can retain the VAT tax monies ( IVA) (which is actually a tax paid by their clients). However, it provides that those unpaid amounts must be repaid before December 2020. It is like an authorization to “borrow” the money and have to pay it back in December. Lawmakers seem to assume that in December all the businesses and the economy will be well again lol.

The second authorization for businesses and service providers is to skip the partial rent tax payments that must be paid in June and September, being able to pay the entire tax in December. The third authorization is the possibility of not paying selective consumption taxes and import tariffs on nationalized merchandise during April, May and June 2020. But all unpaid amounts must be paid no later than December 2020. Again, Lawmakers seem to believe on December 2020 the economy will be healthy again. ( Not very likely)

Now heres the cherry on the pie. As we reported in previous articles as of March 2020, the obligation of all corporations to report to the Central Bank who are their shareholders or final beneficiaries expired. This through a report that had to be done using a digital signature certificate. In early June, the Tax Authorities began the procedures to sanction almost 40,000 corporations that failed to comply with the report. The minimum fine – for inactive ones – is 1,350,600 colons or US $ 2,400 and the highest is 45 million colons or US $ 79,000, depending on the annual level of income.

The first regulation mentioned seems to give a real breather to the local taxpayers of each Municipality. The second seems somewhat contradictory by allowing taxpayers to withhold tax money that must then be repaid in a few months. And the third seems to apply what is called “making firewood from a fallen tree” by coming to apply out of proportion fines to corporations that failed to comply with a report. Only time will tell the consequences of it.