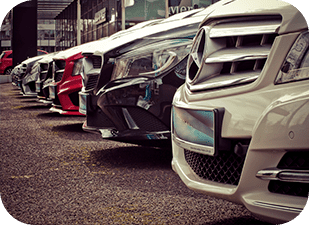 Many foreigners who decide to live in Costa Rica, or come to visit seasonally, find that it is necessary for them to acquire a vehicle to get around. In this way, the high costs of renting a vehicle are avoided, since it is not an occasional visit. However, some have encountered bad experiences when acquiring a vehicle that has been salvage, total lost, suffered odometer alterations, and the like. Therefore, care must be taken to avoid buying a “lemon” car.

The safest way is to buy a new car from an authorized dealer. That allows starting from scratch with care and maintenance. A new car can last for years in good working order. Most new car dealers offer a warranty that is typically three years or 100,000 kilometers, whichever comes first. However, some new vehicles sometimes have problems that are out of the ordinary. New car dealers provide the manufacturer’s warranty manual only and does not necessarily conform to local regulations.

The warranty on a new vehicle includes the free repair of any defect or problem that the vehicle may present, except for any damages or unauthorized modifications made by the buyer. However, such repairs are understood as occasional defects or problems, considering that the vehicle must meet a standard of performance and quality. When major components such as the engine or gearbox are damaged, requiring the vehicle to be left for weeks or months, said quality standard is not met.

Nor is the quality standard met when there are multiple small failures, which require applying the guarantee on five, six or more occasions. In this case, the law allows to request the delivery of another identical new vehicle, or the full refund of the price paid. One major problem is that the price of a new vehicle is too high, due to high import taxes. In Costa Rica, such taxes reach approximately 52%, to which must be added the profit of the distributor, registration costs and the so-called property tax, better known as “marchamo”.

Another recent Bill approved at Congress in June 2021 creates a number if incentives to attract investors wanting to get residency status, which includes the possibility to import up to two motor vehicles (boats and planes also) for personal or family use, free of all import, tariff, sales and other taxes. Despite this, it must be considered that said Bill must still be published in the official newspaper and then regulated by different government institutions, which will take several months before becoming a reality.

The other option that exists is to buy a used car. In this case it is important to try to determine the origin, specifically if it was sold since new in Costa Rica, or if it has been imported as used. It has been a common practice to import used vehicles from the United States. In many cases, they are vehicles that have been sold at auction as salvage and later restored here, with adulterated odometer showing a lower mileage. And there are also imported vehicles that are in excellent condition..

Homework must be done before purchasing. If it is a vehicle imported from the USA, a simple tool is to look up the VIN number and put it in Google. Many times, with just that some important data and even pictures appear. Otherwise, there is the possibility to buy a report on popular sites like Carfax or Vincheck. If it was sold domestically trying to obtain maintenance records can help. In any case, it is recommended to bring a trusted mechanic to check it.

Some may consider bringing their own vehicle from the United States. It is important to consider several aspects. It is best to contact a Costa Rican Customs Agent. There will be a list of documents required. To name a few: a. Passport and driver license, b. Vehicle registration certificate, c. Title of ownership, d. Certified emissions test, e. Bill of landing, f. Commercial invoice. The approximate amounts on import taxes are: 52% for vehicles 3 years or newer, 64% vehicles 4-5 years old and 79% for vehicles older than 6 years.

Now let’s see what rights the law guarantees. The first thing to consider is that if the vehicle is purchased from an individual who is not dedicated to the sale of vehicles, the buyer has few or no options, since in that case it is the buyer’s obligation to verify the condition of the vehicle. But if the vehicle, whether new or used, is acquired from a car dealer, the Law of Effective Consumer Protection applies. There are two types of procedures, one in front of administrative authorities and the other in the courts.

The Comision Nacional del Consumidor or National Consumer Commission is the government’s entity that can handle complaints against car dealers. That authority can order that the full price paid be returned if the vehicle has defects that cannot be covered by the warranty, as well as impose fines on the seller. It does not have the power to order the payment of damages, fees or interest on the money paid.

In Court, the way is a process called “Consumer summary.” You need to hire a lawyer. In this process, the Judge can order the refund of the price paid, cover interest from the date of purchase, the reimbursement of fees and other expenses of the process. It is very important that, before establishing any claim, the buyer delivers a letter to the seller indicating the problems encountered. And that said letter be delivered with a copy of receipt, or failing that, that a Notary certifies the delivery and that the seller refused to sign the copy.

In the sale of used vehicles, it is important to know that the minimum warranty period is 30 business days, and not 1 month as most indicate. Some used car dealers provide a warranty document stating that it only covers the “engine and gearbox”, which is illegal as the warranty covers all parts of the vehicle for 30 business days. If the complaint letter is delivered in that period, the term to go to the Consumer Commission is 2 months and to go to court is much longer. In any case, both procedures take months and sometimes even years. The best idea is still to take precautions before purchasing.