Everything You Need to Know About Property Liens in Costa Rica 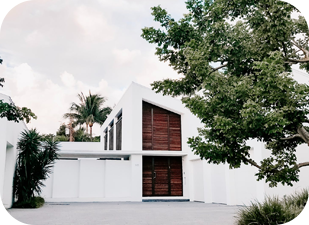 In Costa Rica, the main asset for most people is still real estate (Property). Productive farms, raw land suitable for development, lots, houses, buildings, tourist buildings and similar are negotiated, developed, transferred, mortgaged, and given in trust on a daily basis. This in turn generates legal conflicts of all kinds: claims for breach of contracts, boundaries, access, unmatching cadaster plans, erroneously located buildings, you name it. The question to answer is: In which cases can a judicial lien be imposed on a property? It is important to clarify that not all property claims result in a Judge imposing a lien on real property.

It is important to clarify that not all claims result in a Judge imposing a lien on real property. The first guide to determine when a lien can be obtained is found in article 468 of the Civil Code, which establishes the following:

ARTICLE 468.- The following will be provisionally annotated:

The 5 points mentioned above can be explained a little better as follows:

On civil liability lawsuits such as accidents, monetary claims that do not intend to change the title, or simple debt collection without “titulo ejecutivo”, it is not possible to obtain any lien until the matter is resolved. However, the plaintiff could obtain a lien at the outset if they make a security deposit equal to 25% of the claim amount. In the case of a claim in the amount of US $100,000, if a deposit of US $25,000 is made, the plaintiff can ask for garnishment on real property and any other type of assets. If in the end plaintiff wins gets the deposit back, but if loses the amount is granted to the defendant as damages suffered.

Some government entities may also request that a Judge imposes a lien on real property. This would be the case of tax collections from the Tax Ministry, collection of municipal taxes and services, or when the Government wants to take property by eminent domain. Another example would be when the Real Estate Property Registry detects errors in the cadaster plan or plot map of a property, but in that case the lien is imposed directly, without requiring the intervention of any Judge and without having to give prior notice to the owner. It will appear on the public records of the property.

Another scenario in which a lien on real estate could be ordered is in Criminal Courts when there are crimes related to real estate property, such as fraudulent transfer of titles through forgery of signatures or identity theft, creation of mortgages or trust contracts that are false or illegal, usurpations, invasion of government land and other related crimes. In these cases, the initial complaint is filed with a Prosecutor, who can request a Criminal Court to authorize a lien to be imposed on any real property involved, with the purpose to immobilize the title until the case is decided.

In countries like USA and Canada (certain areas) it exists something known as Mechanic Lien. It is a security interest in the title to property for the benefit of those who have supplied labor or materials that improve the property. In Costa Rica that does not exist, normally a Commercial or Services invoice will be requested to be signed as collateral. However, during 2015 the Movable Guarantees Act took effect. Based on that, movable things inside a construction (AC systems, lamps, furniture and similar) could serve as guaranty and in case of no payment the supplier can “foreclosure” those items and take them back. Part of Due Diligence to check those records which are open to public.

The purpose of this article is to explain in what situations a lien over real property could be imposed. Many of the mentioned aspects also apply to registered assets such as vehicles, boats and aircrafts registered in the Public Registry.